Auricular medicine supports the vital force of the body. It promotes healing at cellular levels. It recognizes that matter is composed of energy. Therefore, it has the basis of understanding that the human body is a dynamic energy system.

The basic explanation of how Auricular Medicine is performed.

Auricular Medicine by Nogier uses the pulse and the electro-magnetic field to figure out what is the cause of disease in the body. When a waiver (filter) is brought into the electromagnetic field (EMF), the pulse jumps. (Naturally occurring EMFs are measurable on all living things, just as artificial EMF’s occur with all electrical items, eg computers.)

This was proven on EKG, showing that the normal pattern of pulse appearance shifted every time the filter was brought into the EMF. This creates a baseline. The EMF should be right against the body. As disease progresses, this field gets “diluted” and weakens, moving further from the body. As my patients are tested and I can figure out what needs to be treated with acupuncture or supplemental remedies, the field is fortified and brought back to a position of balance.

The more detailed explanation of the history and the technique.

The more technical background story: Auricular Medicine concerns the ear as a dynamic micro system of the body. In 1950, Dr. Nogier, a neurologist and an acupuncturist, used a specific point of the ear for the treatment of sciatica. This was an extremely effective solution for many.

Through years of research, he found the points on the ear correlated to the points on the body. He also determined the different phases they go through from acute to chronic disease states. He published his works in 1965 and founded a new type of treatment using the micro-system of the ear.

He also used a pulse technique via the “Vascular Autonomic Signal”. This is based on the study of the arterial pulse changes, as perceived by the thumb on the radial artery, which varies when the body is exposed to biological stresses. The study of the pulse permits identification and removal of these stressors. This is an amazing way to see what is happening in the body that is unable to be determined by labs, x-rays, or observation of symptoms!

Why is the ear so special?

The ear has a very complex group of cranial nerve innervations (CN V, VII, IX, X, Cervical roots C2, C3, and the Cervical Sympathetic plexus) which give it a direct correlation to the brain and the spinal cord; the Central Nervous System. By stimulating a point in the ear, one can stimulate the nerves that go to the brain, thereby stimulating a particular point of the body.

Treating through the central nervous system versus the peripheral can make a more dramatic impact on the healing process. I compare the difference of the hardware and the software of a computer. Auricular Medicine on the ear rewires the hardware, while acupuncture in the body upgrades the software. Both are beneficial but they create a different response in the body. 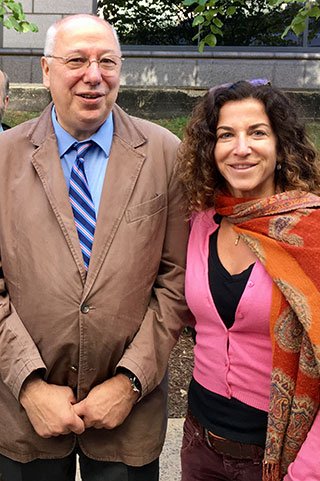